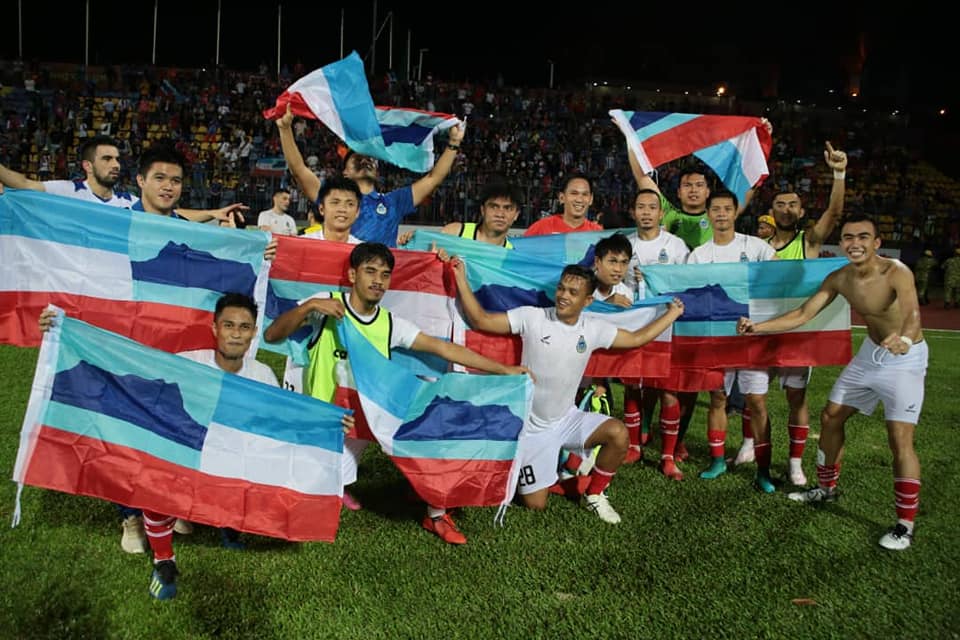 The victory gave Sabah a total of 40 points, 7 points clear in the Malaysian Premier League table, which cannot be matched by any other teams in the league this season.

This achievement also ended Sabah’s 23-year trophy drought which did not came easy.

The squad led by manager Jelius Ating was down 1-0 at half time before responding with two goals in the second half to come out as the champion of Malaysian Premier League 2019. Sabah FA also confirmed its place in the Super League next season by beating JDT II 1-0 at the Pasir Gudang stadium last week.

Zarko Korac’s 29th minute freekick gave the hosts a 1-0 lead by striking the ball pass the defense wall, away from the penalty line, which left Sabah’s goalkeeper Rozaimie Rohim stranded.

UiTM had 6 shots on target in the first half, but only managed to convert one of the chances into a goal.

The second half was quite balanced, but Sabah was the lucky side by converting the two chances they had into goal.

The goal that Sabah was looking for came in the 57th minute resulted from a calm penalty by Rodoljub Paunovic, putting the ball at the opposite direction of the goalkeeper to equalize the score.

The penalty was given by the referee, Mohd Fairuzi Mat desa after the ball hit the hand of one of UiTM’s defender, who tried to stop Alto Linus in the penalty box.

More than 2,000 Sabah supporters including Acting SAFA President Datuk Peter Anthony were rewarded with the winning goal by Aguinaldo Mendes’s header in a corner swung in by Ricco Nigel Milus in the 66th minute.